At the start of this month a great crochet-along (CAL) began on ravelry that is all about amis: the Ami-Along. Didn’t know about it until now? Don’t worry!! It is still going on and won’t stop until the end of August.

Don’t know what a CAL is? Basically, a group of crocheters make the same thing (could be the exact same pattern, or simply a theme) and cheer each other on as they complete projects. Members of the group have fun sharing photos as they work on their projects, as well as a photo of their finished item so everyone can admire it! CALs are also a great place to ask any questions you might have about the specific pattern you are working on, or any general crochet questions. There are always people in a CAL group that are willing to help a fellow crocheter out, and have the know-how to do so, too.

You can discover some great new designers by joining a CAL.  This current Ami-along includes patterns from 14 different amigurumi designers (including myself).  Some designers even have knit ami patterns, so really, it is a KAL (knit along), too.

One of the best things about a CAL? The possibility of winning a prize! Many CALs include prizes for some of the lucky participants.  There are a limited number of prizes, but the more projects you finish and share to the group, the greater chance you have of winning one.  I know for this Ami-along, there are many many patterns to win, as well as some physical items that will be mailed out. You could win a hookabee pattern if you join in!

So if you love making amigurumis and plan on making some this summer, head on over to ravelry and join the Ami-along group! There are already over 250 members and more joining every day.  Some members have already started sharing their hookabee creations!

One thought on “The ultimate amigurumi CAL”

This site uses Akismet to reduce spam. Learn how your comment data is processed. 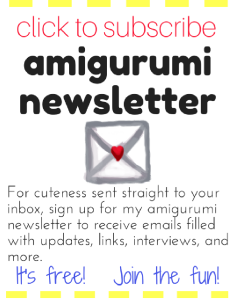 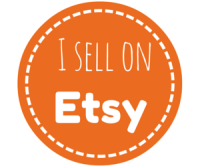 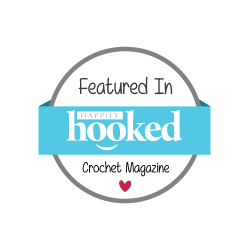 2016 Donations from Bill the Pineapple